As many know the ice caves in Iceland are just breathtaking and, understandably, they are one of the main reasons to visit Iceland.

Many people wonder if it is possible to see ice caves in Iceland in the summer months, heck we have gotten couple dozen emails about it. The answer is complicated, but before we dive in, let’s go back to the basics. 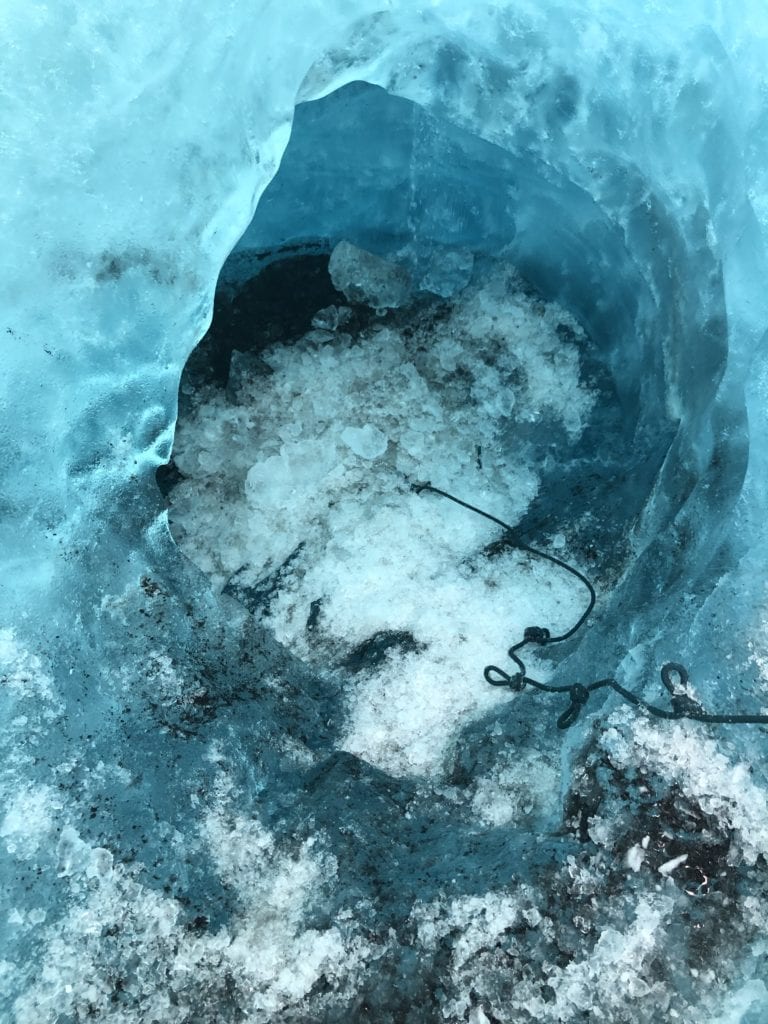 This was the entrance of the cave when it was found 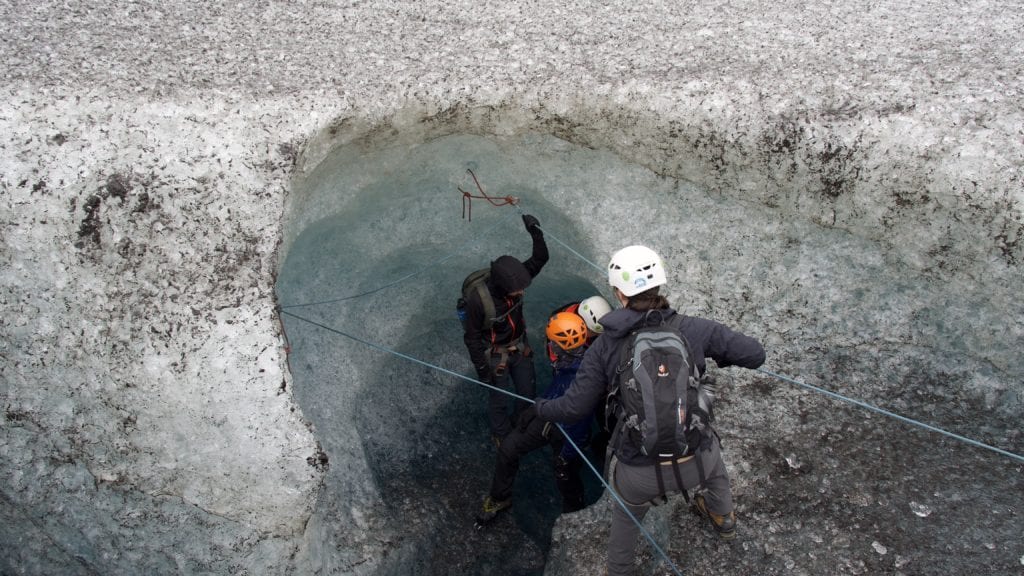 This is the entrance some days later!

How are Ice Caves formed?

Ice caves are formed when meltwater runs under or through a glacier, melting the ice and leaving behind a cave or passageway within the glacier. During the summer months, warmer temperatures and sunlight will melt the ice at the surface of the glacier. This meltwater drains downwards through crevasses in the ice or into sinkholes and moulins. These shafts are often almost vertical, allowing water to descend to lower sections of the glacier. The channels are far larger than most people who have never seen a glacier would imagine. They can be as wide as 10 meters and descend to the base of the glacier, helping it to move, this process is called “Basal Slip” in terms of Glaciology.

This process happens all year to some extent, but is most pronounced in the summer months, when the mercury rises. Because change is not something we cannot predict on a glacial level, new cave features are being found as fast as they are disappearing. 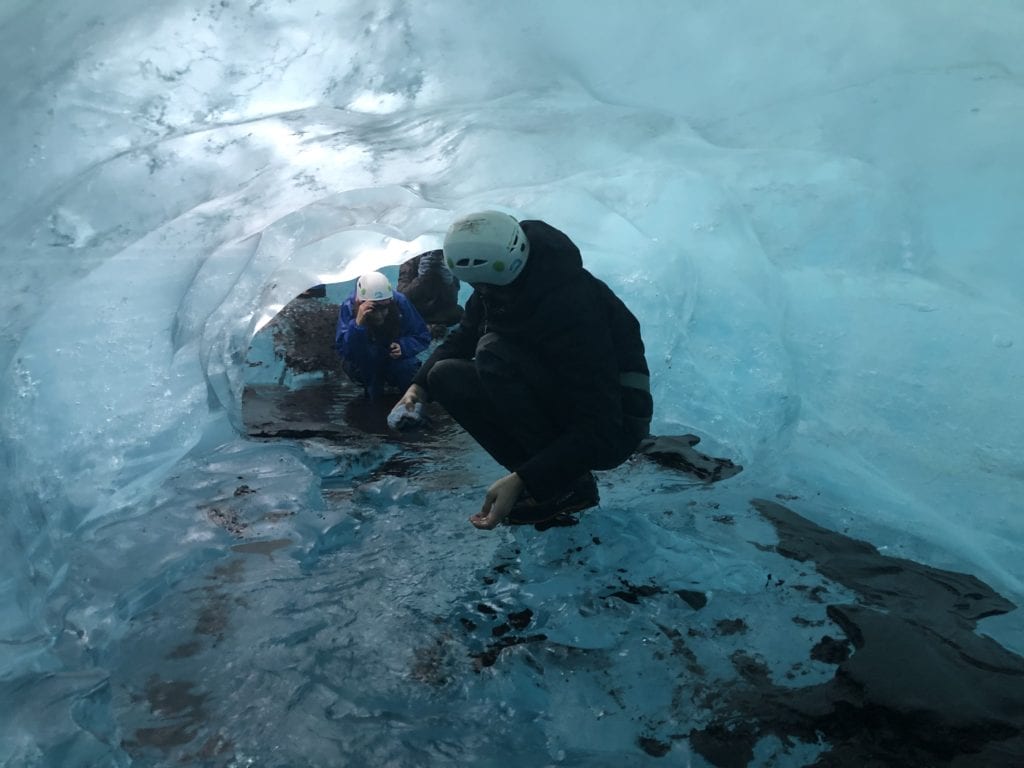 Our team is monitoring the glaciers and finding new ice features every month and also watching as old favorites disappear. Glaciers are alive and constantly moving, some as much as 130 meters horizontally per year as is the case with Sólheimajökull.  With this constantly moving mass of ice, combined with warming temperatures, and the ice caves can change shape and size daily. So, our team is always on the look for new ice caves and other glacier formations to show our guests. 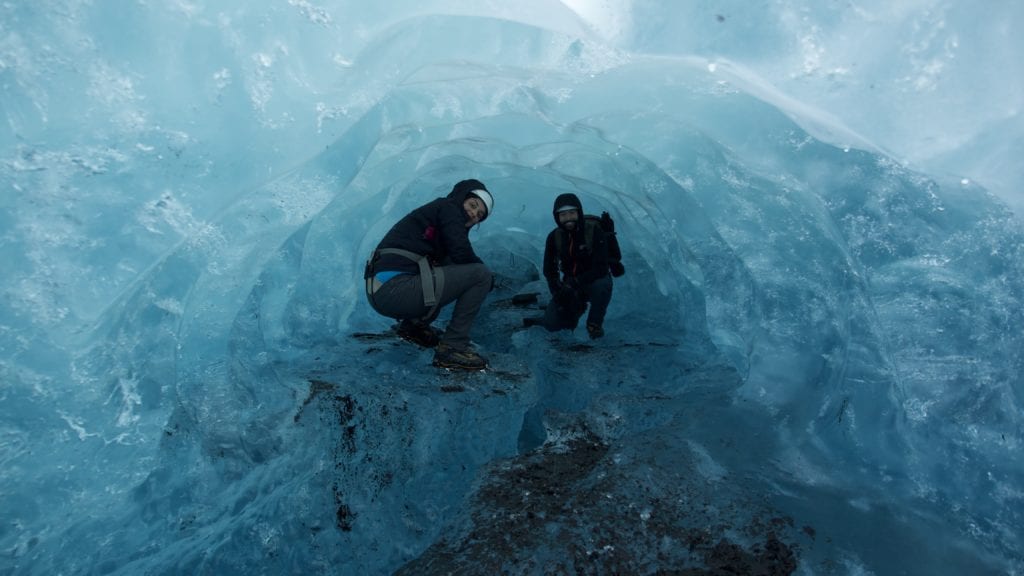 So, are there ice caves in the summer?

Back to the questions if you can enter ice caves in the summer. Many people on the internet have written that it is not possible or it’s not safe and that any tour operator/guide that comes near one in the summertime is risking their own life and the lives of their customers.

We would never do anything that would risk our life, not to talk about our client’s lives. Safety is our number one priority and all of our guides are highly educated in that department.

On the glacier itself, often smaller caves and ice tunnels are formed during the summer. The answer to the question would be, yes, there are ice caves in the summer.

When we find one, it’s something to talk about. Recently, our guides came upon “The Squeeze” and it’s a beautiful Ice Cave, but it won’t be here for long. 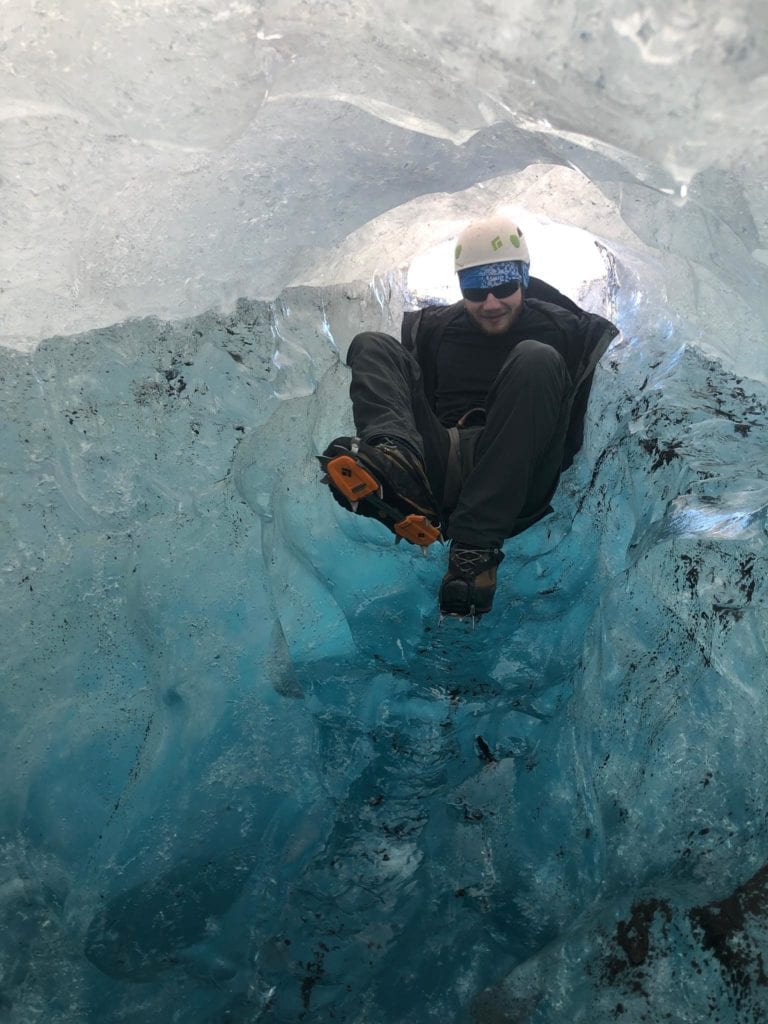 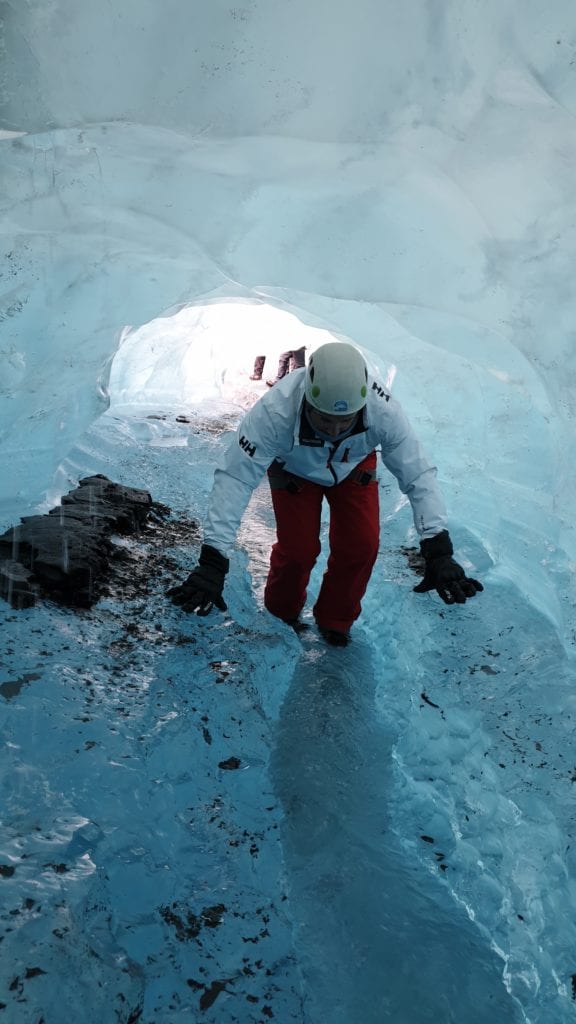 Unfortunately, there is no guarantee that you will always see a cave but your glacier guide will do his/her best to show you one of these interesting formations. 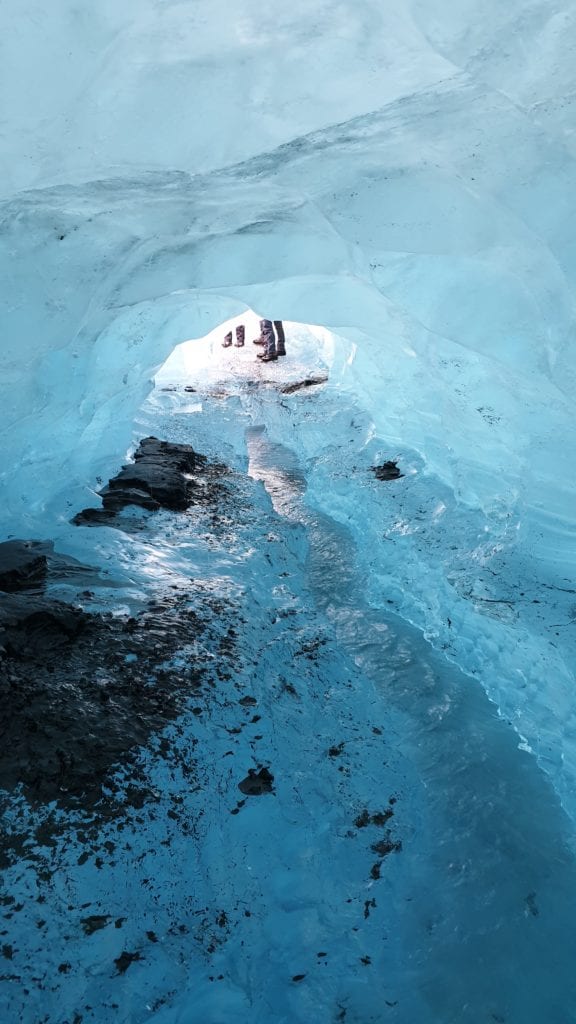 This first video was taken on the 20th of August.

This second one was taken on the 30th of August, you can clearly see the difference in only 10 days!!

These formations we see on our Glacier Adventure Summer Tour, some times when we have time we also go see it on our Vatnajökull Glacier Walk.

Book the tour here, and see it for your self!

Remember to follow us on our social media, where we always upload the newest pictures 🙂